Pop-up books: for better or worse?

During my last weekly-but-increasingly-frequent Waterstones visit, I spotted a title I’ve had my eye on for quite some time: Playbook Farm, published by Nosy Crow. 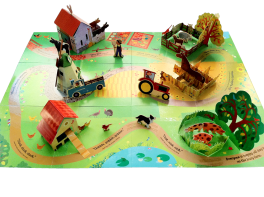 In case you haven’t heard of it before, it’s a ‘pop-up book and play mat in one’ that was published in September of last year. So, it essentially works in the same way as a board or picture book but also folds out into a 3D model that children can use to play with on the floor.

I’ve always been amazed by the intricacies of pop-up books. I remember trying my hand at making my own pop-up cards as a child (usually Blue Peter-style!) where the characters would all stand up in front of a painted background as you open the card, creating a little model. Even as adults, there’s no doubt that seeing something transform in front of your eyes is just as amazing as it is for children. The only difference is that us adults might tend to have a ‘wow’ moment and a secondary ‘how did they do that?!’ moment, whereas children probably hold on to that ‘wow’ moment for that little bit longer… read more

Just a quick post to mention that the Reading Agency have decided on their theme for this year’s Summer Reading Challenge – ‘Creepy House’, with illustrations by the well-known author Chris Riddell. 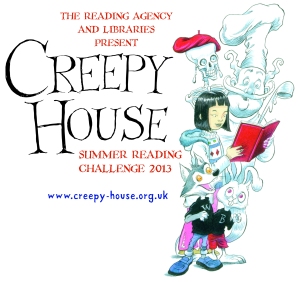 As with each and every Reading Challenge, there will be various levels to explore – this time The Awful Upstairs, The Gruesome Ground Floor and The Spine-tingling Cellar…

I never fail to be impressed by the theme ideas that The Reading Agency come up with year-on-year – from Circus Stars to The Reading Mission, to Space Hop and many more since 1999. As they say – they always ensure that they suit both genders… read more

World Book Day… and a Womble

So, today was World Book Day in the UK and Ireland – a UNESCO-organised day to promote reading, publishing and copyright around the world… 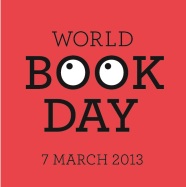 As part of the many events organised for it around the country, thousands of children were expected to tune in to ‘The Biggest Book Show on Earth’ this morning to watch some of their favourite authors and illustrators celebrate reading. It was a live event in London streamed to 40 cinemas in the UK, with such popular figures as Tony Robinson, Anthony Horowitz and Shirley Hughes taking part. The hour-long event was also made available online to watch at home or in schools – and if you missed it, you can watch it again here from tomorrow… read more

And the winners are…

The winners of the Red House Children’s Book Awards for 2013 were announced last night at an awards ceremony at London’s Southbank Centre. And the winners are… read more 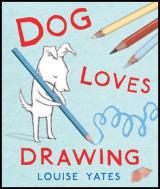 This Saturday, we find out who the winner of the Red House Children’s Book Award of 2013 will be! Authors, publishers, illustrators and readers will all get together for the award ceremony to find out who young readers have voted for out of the shortlisted entries.

The award, originally called ‘The Children’s Book Award’, was founded in 1980 and was renamed in 2001 after being sponsored by Red House. There are 3 categories for the… read more 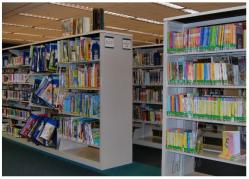 First of all, Happy National Libraries Day everyone! And what better way to celebrate than with some good library-related news…

Recent data provided by the Public Lending Right (PLR) has demonstrated an increase in the borrowing of children’s books from UK libraries, according to a Bookseller report on Friday.

The PLR data is based on a sample of UK book loans between July 2011 and June 2012 which, although showing a trend towards a decline in adult book loans, shows that children’s book loans are marginally increasing… read more

Keepsake children’s classics from Puffin… if you can find them 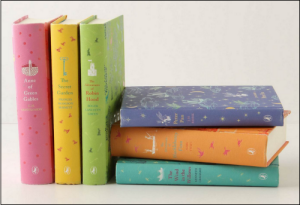 Whilst passing through the corridors of Penguin’s children’s division the other day, I came across these gorgeous clothbound versions of some children’s classics on display, including Anne of Green Gables, The Secret Garden, The Wind in the Willows and Black Beauty.

I’m sure that, by now, most people will have seen Penguin’s range of clothbound classics (e.g. Charles Dickens’ titles) lining the shelves of high street book stores, with a surge of other publishers producing equally fancy editions of old favourites. It seems a profitable way… read more

The new Scholastic research results: a flashback to my dissertation 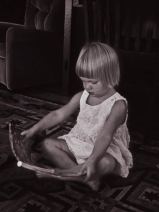 Earlier today, the Bookseller  reported on the findings of the new Scholastic Kids and Family Reading Report (4th edition). It’s a report that’s been conducted since 2006, based on a survey of adults and children in the US (1,074 children between 6 and 17 in this one), giving useful insight into reading habits and trends.

National Libraries Day takes place on Saturday the 9th of February this year, and it’s just been announced that school libraries around the country will be marking the event by attempting a Guinness World Record.

Parallel Universes, as the project has been called, will involve over 50 schools attempting to create a record for the world’s largest simultaneous story writing workshop… read more

I was thrilled to hear that Quentin Blake has been knighted in the New Year honours list. 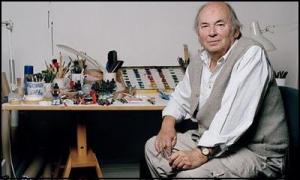 Known perhaps most widely for his illustrations for Roald Dahl’s stories and his drawings during episodes of Jackanory in the 1970s, as well as his support for hospitals and health centres around the country, Blake has apparently referred to the honour as ‘quite a nice 80th birthday present’… read more

I’m about to sign up to do the Where’s Wally? fun run, which takes place on March 23rd, 2013. It’s a 5k or 10k run (depending on how fit you feel) to raise money for the National Literacy Trust. With such shocking revelations as the fact that one in six people in the UK have poor literacy, it’s a worthy cause.

The NLT run community projects; provide support to schools and practitioners and fund extensive research projects to do with literacy… read more 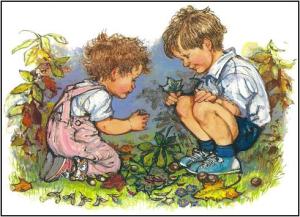 I came across a collection of Shirley Hughes’ Alfie books in Waterstones the other day, which brought a smile to my face – as they manage to do every time I see them. Seeing the classics there on the shelf next to The Wind and the Willows and beautifully bound copies of Peter Pan made me wonder about what made these books so successful.

I remember being so captivated by Alfie Gets in First as a child, and to this day have held on to my copy of Alfie’s Feet and another of Shirley Hughes’ titles – Lucy and Tom’s Christmas – which still sit proudly on my bookshelf. But the success of a book wasn’t something… read more

So, it’s coming up to Christmas and you’re not too sure about which book to buy that favourite niece or nephew of yours… Well, I just came across this list of recommendations from Booktrust, which includes some truly fantastic gift ideas. 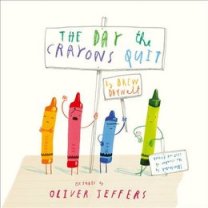 Take The Day the Crayons Quit as an example – when I came across this in a bookstore the other day, I just couldn’t put it down! It’s now on my own Christmas wishlist – and won’t even make it to my niece’s stocking… Illustrated by the award-winning Oliver Jeffers, it’s a clever story about what happens when Duncan opens his box of crayons one day to find that they’ve all gone on strike. It’s a laugh-out-loud funny book, which is sure to entertain adults as well as kids. A book that truly transcends the years. 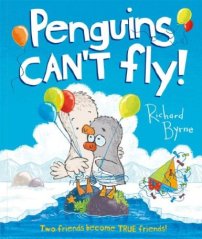 Another picture book I wanted to recommend this Christmas is the charmingly illustrated Penguins Can’t Fly by Richard Byrne. A tale of friendship between a seagull and a penguin, it shares a moral message with such titles as A Duck So Small and even Hans Christian Andersen’s The Ugly Duckling. Call me soft, but I really found it a sweet tale worth sharing!

And then there’s this wonderful Christmassy tale: Ernest & Celestine: Merry Christmas. If you’re looking for a classic Christmas-themed picture book, all about the magic of a homemade Christmas, then this is a great contender for a spot under the tree (excuse the pun!).  With Gabrielle Vincent’s gorgeous illustrations throughout, this newly-released hardback edition would make a truly special gift that can be shared with all the family. 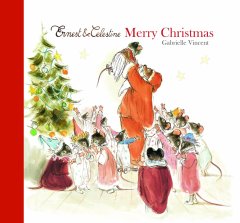 Booktrust have a great selection of reads on their list of Christmas book suggestions, as does the rest of their website. It’s my go-to website for all things children’s-books-related, so if you haven’t stopped by there before, it’s certainly worth a look. From book awards to prizes and tips for getting kids reading, it’s an excellent resource for anyone interested in children’s books.

So, good luck with the rest of that Christmas shopping! And when in doubt, give them the only gift worth giving… the gift of stories.

Error: Twitter did not respond. Please wait a few minutes and refresh this page.